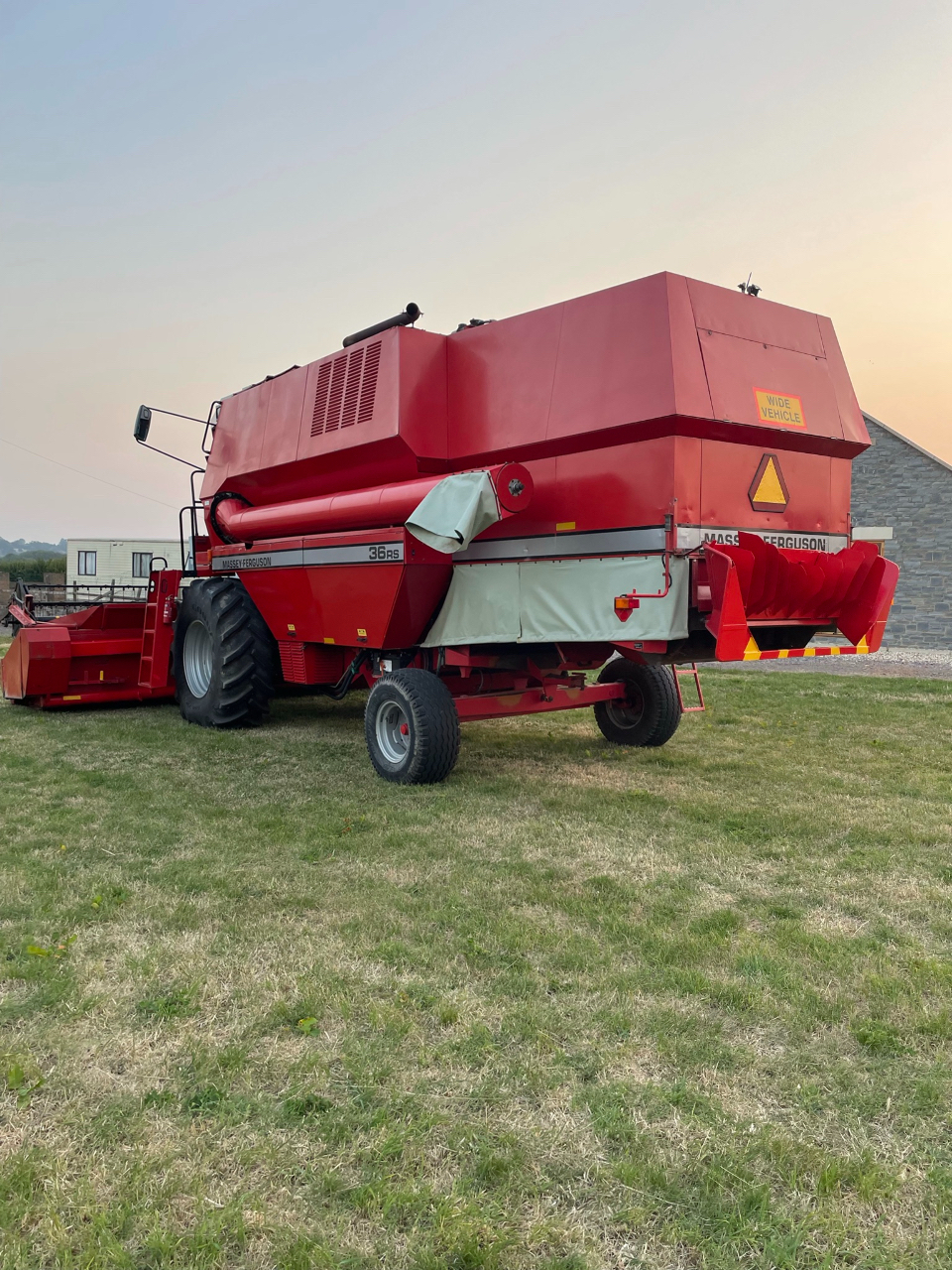 During the last couple of years me and my harvesting partner Hillary have been very aware of the scarce supply of parts now to keep our Canadian built 860 still harvesting .

After nearly a decade now of loyal service we decided in the early part of 2022 to keep a look out on the market for a replacement machine a challenge for sure! As we don't cut big acreage but we wanted a model where the parts are more plentiful so we looked at the Dronningbourg models which are always available and much easier to obtain parts either off the shelf at dealers! Or indeed the established combine breakers.

ideally we wanted a same spec combine but we wanted a narrower model than the 860 which sits at 12 ft 6 inches in width! Which has always given us issues here in Somerset south west of uk.

on the Market there was several Mf 40s the biggest models available in the Dronningbourg range but again width was an issue similar to the 860.

one particular model that had flagged up the previous year was a Massey 36 RS in Bedfordshire, I spoke to the owner who acknowledged the combine hadn't been used for several years and was being sold as spares or repairs? As it had inherent electrical issues! In reflection to this statement we decided the asking price didnt reflect the risk of potential purchasing a combine that could cost a small fortune to put back to work.

So a year later I contacted the owner enquiring if the combine did sell? but apparently not! So we spoke about a deal more in reflection of the potential costs to put her right! And after a verbal agreement we felt it was worth the 3 hour trip to go and view this old maiden and make a decision if this was a worthy replacement for the 860. 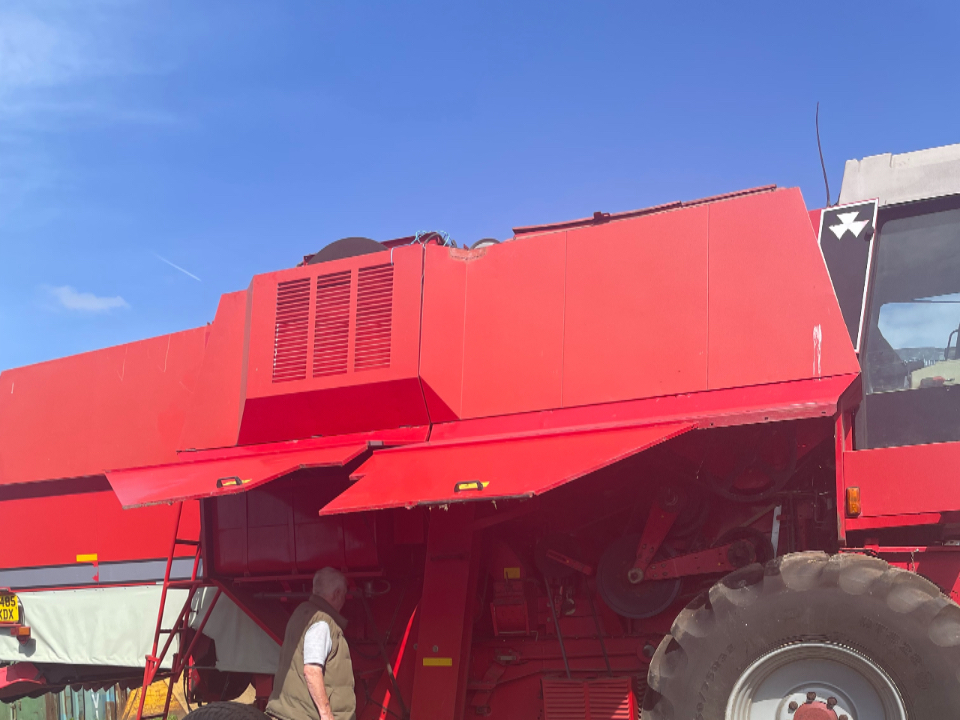 My harvesting partner looking over a very clean combine! 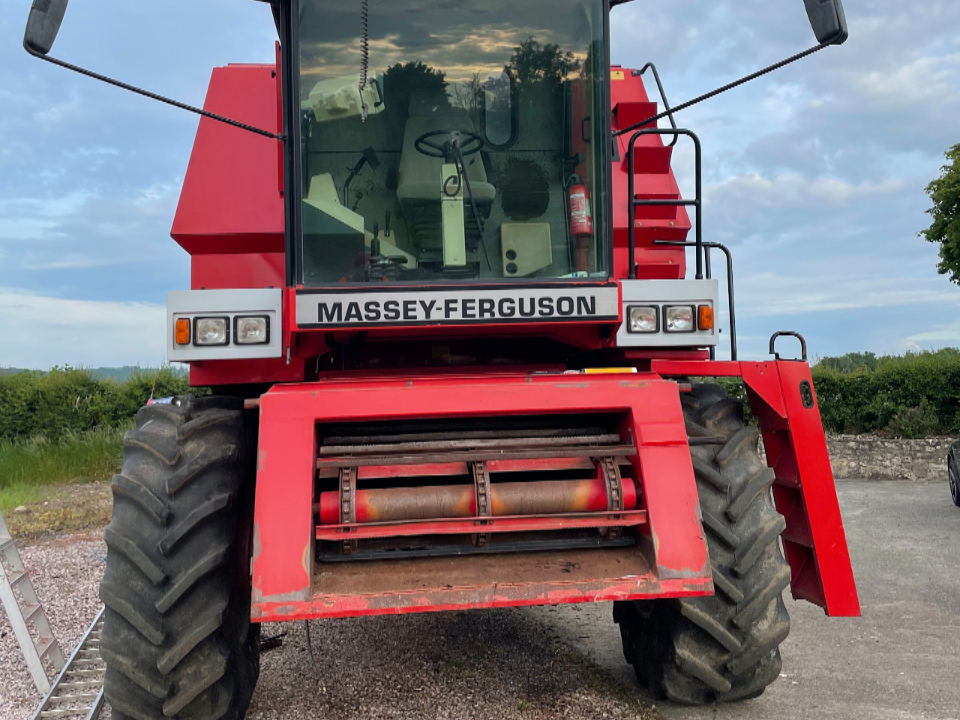 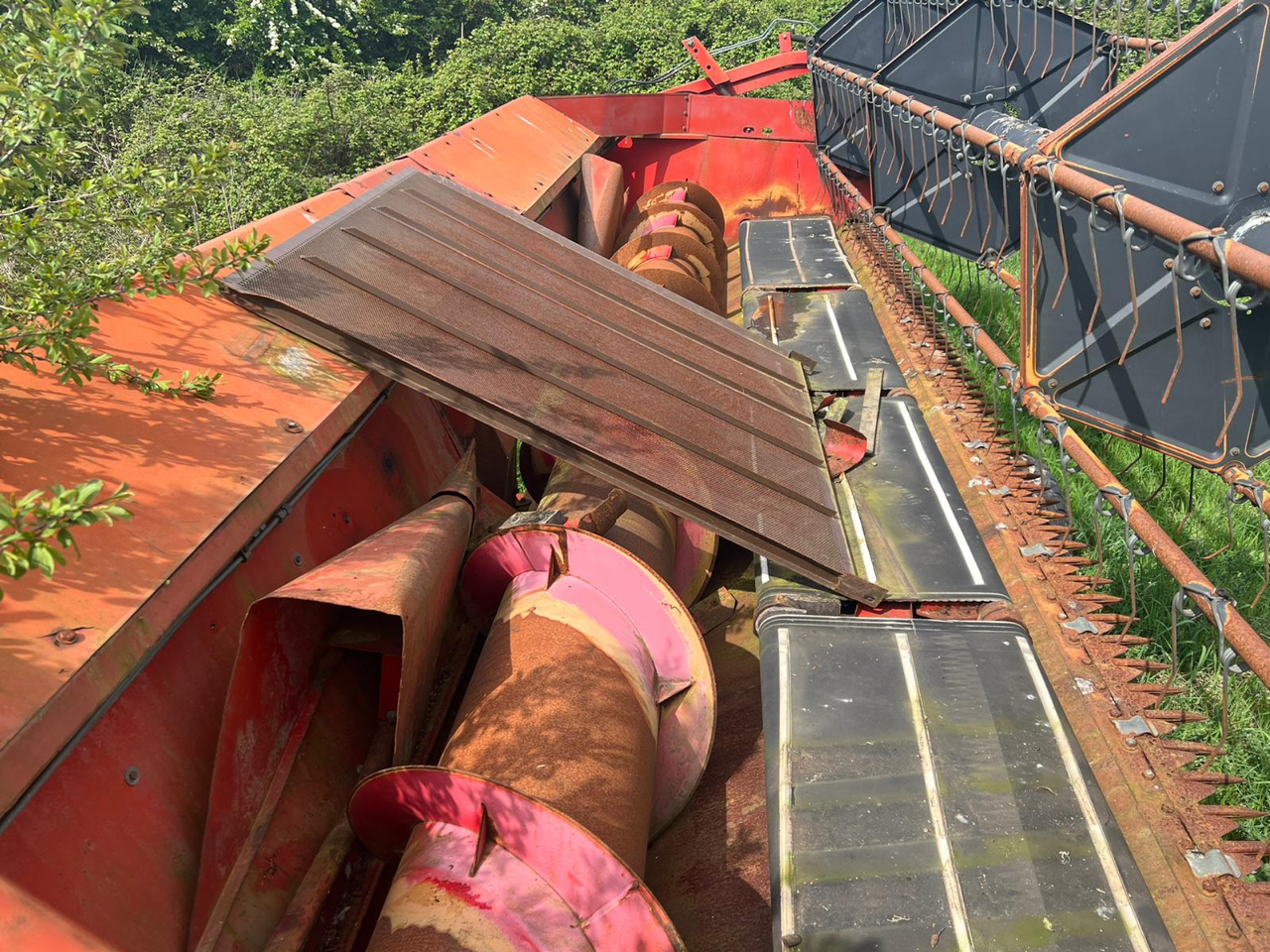 Unfortunately the Table (Header) had not been stored inside and was in a very poor state!

So with a handshake a deal was done and arrangements made with a haulier to transport this old maiden down to Somerset !
it took about a month to get the combine home here as early may was a busy time for companies who specialise in hauling combines around for the impending harvest season here in the UK.

so where to start? Well I usually run everything up to see what is and isn't working! Making notes as you pick things up and then put a plan of action together.

one obvious problem was the bubble up auger bearings and seal needed attention as it was ceased and prevented pully from turning! this is a common problem on early DV 1 combines as the seals soon wear out allowing dust and debris to enter into bearing prematurely wearing them out! Some users replaced them every season, there was an updated part to prevent this! But it was very expensive and the small bearings were not expensive to replace so we decided to leave it original.

Once these straightforward tasks were carried out we then set out to try and rectify the issues that had potentially put this combines future in jeopardy !

Firstly the joystick controls that operated the header (table) had no output whatsoever! So I took the control box apart to access the various switches! and one by one I removed the connectors to these switches and cleaned them with contact cleaner, and cleaned out inside this control box!

one other job I was recommended to do was replace and clean up the Earth straps around combine, especially under the main fuse and relay cabinet.

I spent many hours cleaning and testing the various relays, diodes, fuses, etc.. disconnecting the multi plug adapters and cleaning them out thoroughly , harvest dust gets into even the most sealed off areas! and plays havoc with these systems if left.

After several weeks we had the Header (Table) on and powered up with everything working but much work would be needed to put this to work successfully .

one other issue we had was the cylinder speed wouldnt come up ? And that took a few evenings to sort out but eventually a faulty switch was replaced and it seemed to work ok after this secondhand replacement .

The next issue was the ignition switch ! Which broke so a new one was sourced from a local dealer.

Our attention was now turned to the unloading arm? Whilst it was running a tapping noise inside the tube was apparent ? Which was a worry as it meant the auger inside was touching the inner tube? Or the bracket that holds the auger flight central with a bearing.

This was quite a job as the auger would need pulling out from the tube! It was undone by removing a plate inside the grain tank and removing a bracket and splitting the UJ coupling then pulling out the auger whilst it was in the upright position with a loader.

On inspection the front two flights were damaged and were striking the bearing support bracket, so would require some heat and re straightening which was done. 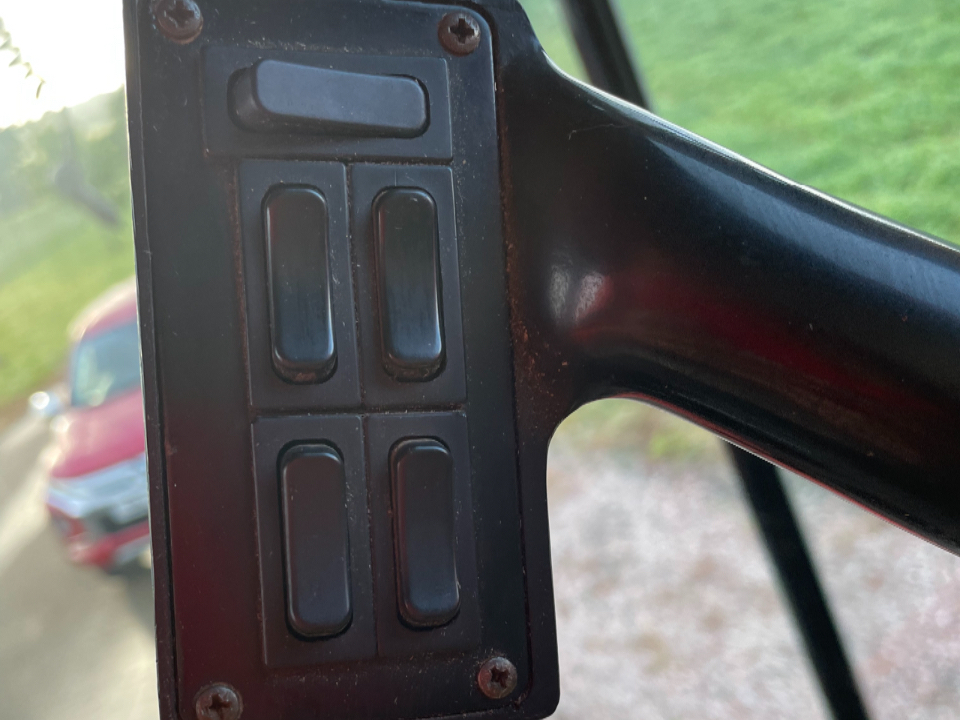 The joystick and Header controls which only required a thorough cleaning ! 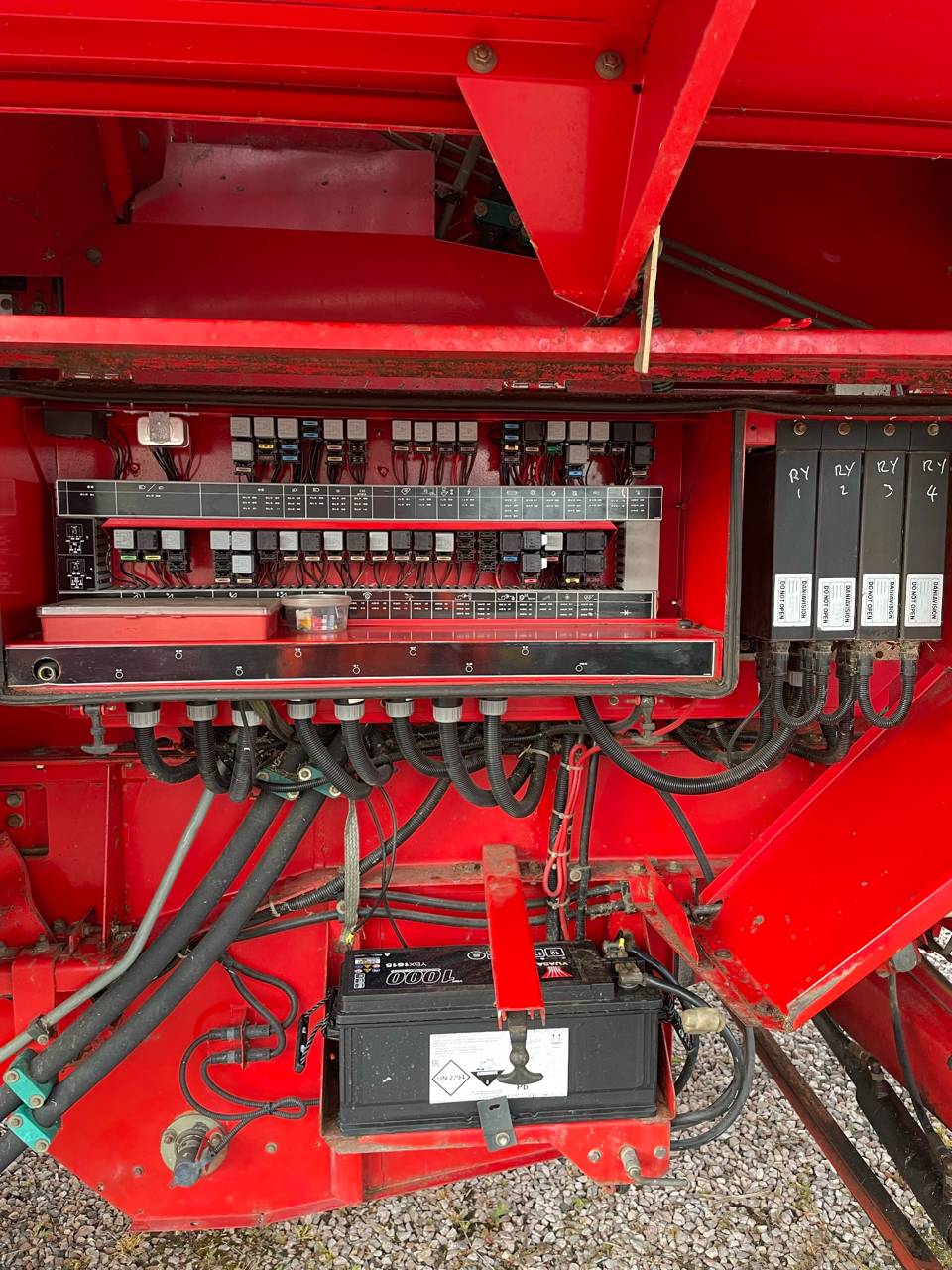 The heart of the combine! Everything runs through here! The relays! The diodes, the fuses, and the combines Data all stored in here. 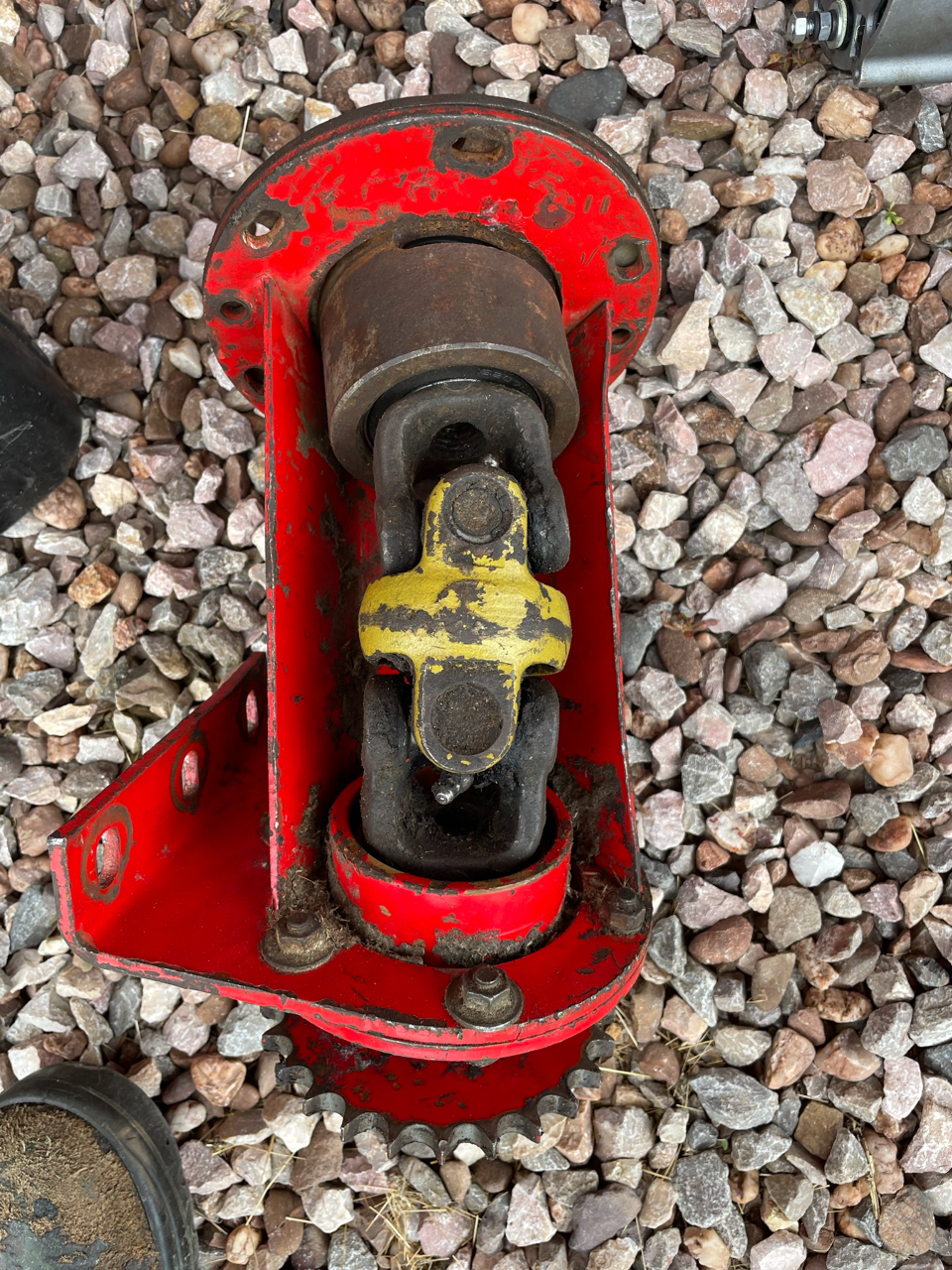 The Bubble up auger unit! This pushes the grain up into the tank! 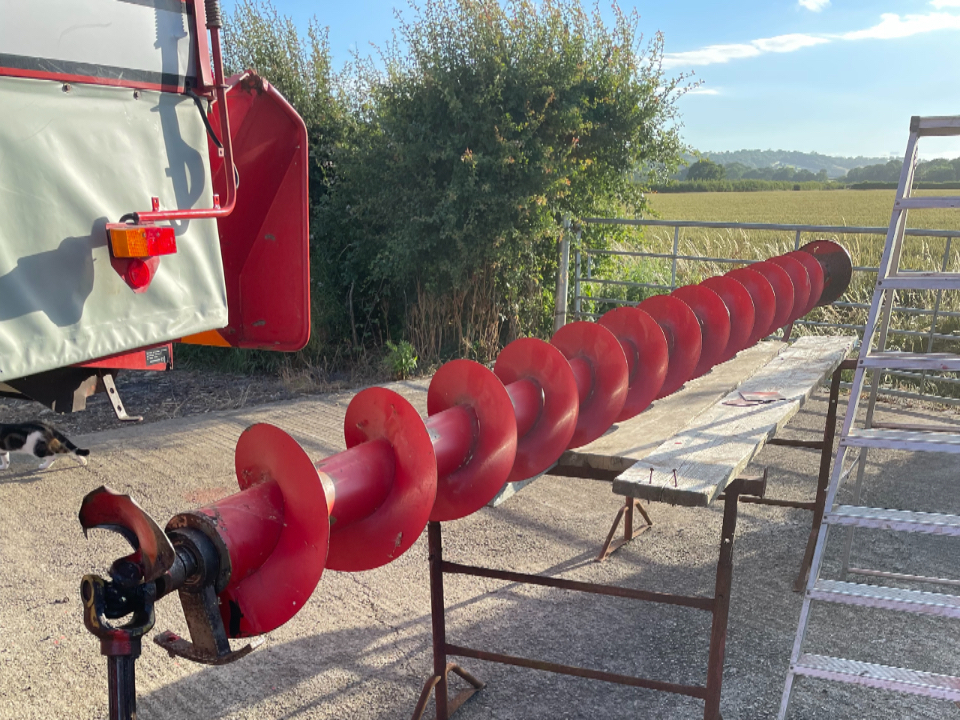 The unloading auger removed! You can just see the ripple of damage on the first flight of the auger! 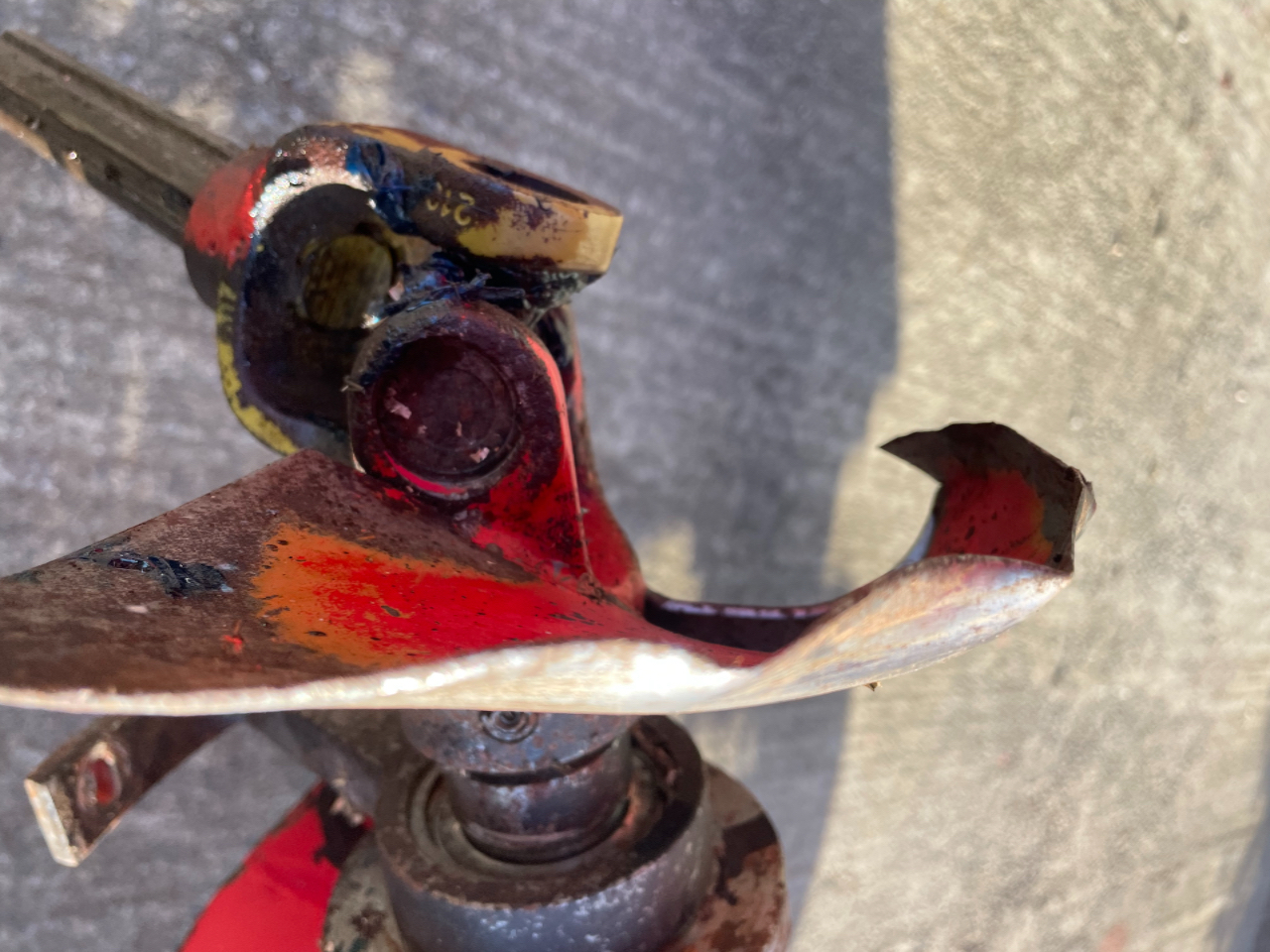 Damage clear to see here! Something must of gone through to cause this!? Two of the front flights were bent! 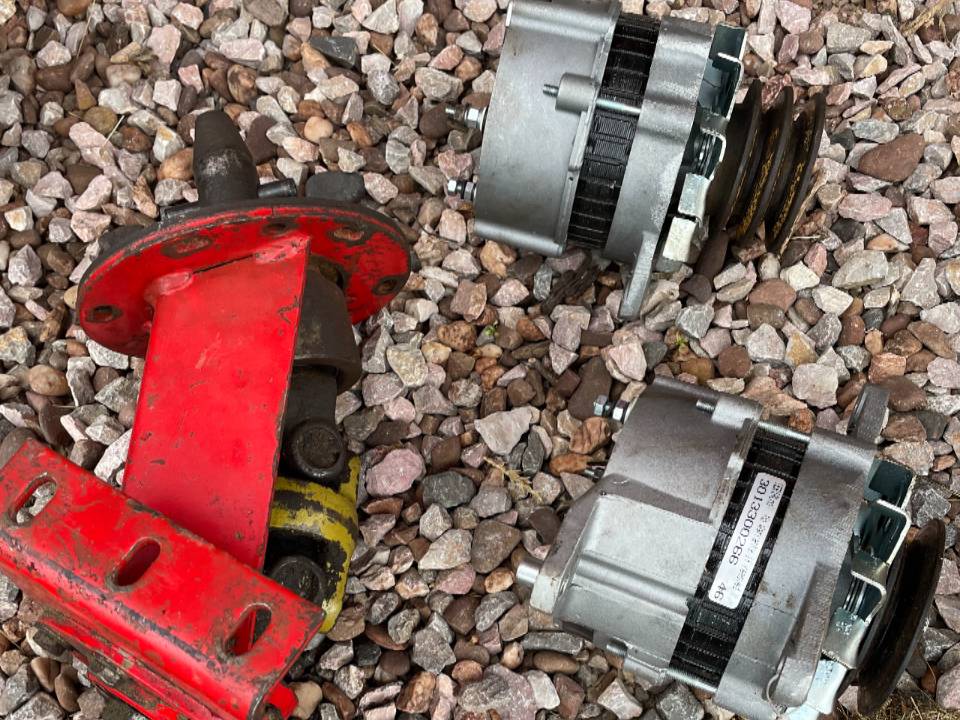 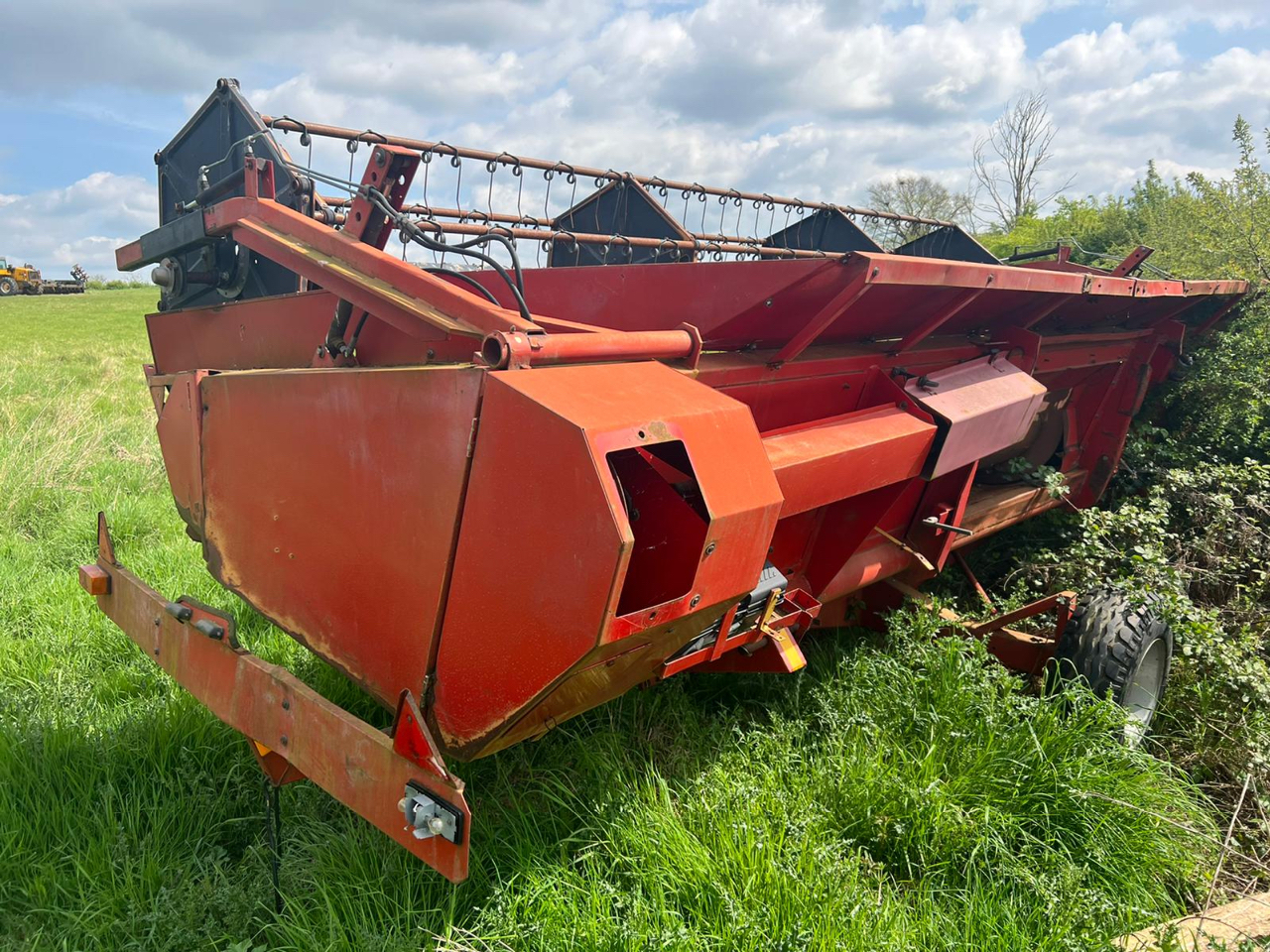 Part 2 we look at the Header (Table ) click on menu to see the following parts of this story.

where is this recycling place? I have a 760 and am looking for a sheet metal grain tank cover like the one on the 860,865. However, I am from Germany, which certainly makes things more difficult

Hi Colin! I'm make modifications for the Farming Simulator game, and would love to make one of these as a project. Is there any chance you could get me some up measurements of your 24? Thanks.

Hello, I have read with interest the story of your MF515.
I have an MF 187 which is in running order and has cut a few acres this year. I am near Andover and have great interest in old combines.